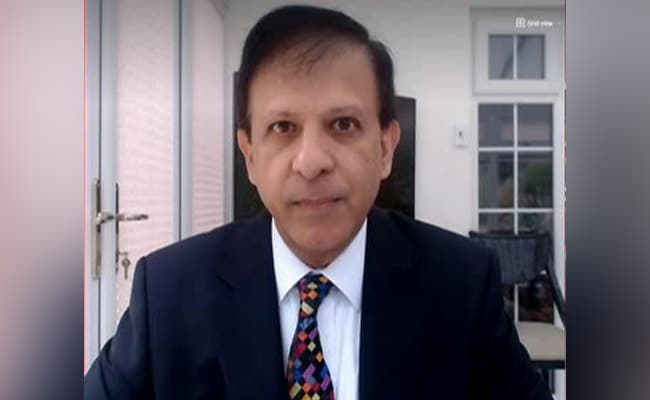 Dr Chaand Nagpaul, the Chair of the Council of the British Medical Association, spoke to NDTV

British Prime Minister Boris Johnson’s India visit – he is to be the chief guest at the Republic Day parade in Delhi next month – may not take place because of concerns over the rapidly-spreading mutated version of the novel coronavirus in that country, Dr Chaand Nagpaul, the Chair of the Council of the British Medical Association, told NDTV Tuesday.

He said that while it was still too early for the British government to decide on Mr Johnson’s visit, the trip “may not be possible, particularly if this level of infection and spread continues”.

“Obviously we can’t make a decision today about something five weeks from now… changes to the virus’ reality happen on a day-to-day basis. But one consideration is that the trip to India may not be possible, particularly if this level of infection and spread continues,” Dr Nagpaul told NDTV.

“But if the lockdown in London and other parts (the UK capital and other areas are under extremely stringent Tier 4 restrictions) controls the spread of the virus, then may be,” he said.

The mutant strain – with at least 17 changes to its viral genetic load- was detected in southeast England in September. This strain – B.1.1.7 – offers no change in clinical severity or mortality, but is 70 per cent more transmissible, which Dr Nagpaul said made containing it a bigger challenge.

The strain, cases of which have already been seen in Italy, Denmark, the Netherlands and Australia, has led to several other countries, including India, temporarily banning flights to and from the UK, and its rapid spread has also severely affected availability of hospital beds.

Dr Nagpaul said occupancy levels at hospitals (including non-Covid facilities) were at 90 per cent, and that an extended period of lockdown may be needed in the UK (and other countries to which it may have spread) to contain the virus.

“We have a serious problem because hospitals in England are seeing more Covid patients now than in the first wave. Many hospitals are at full capacity – last week 44 ambulances had to be re-directed to remote facilities because there were no beds at local hospitals,” he explained.

The UK has begun inoculating its population (with the Pfizer vaccine) against the Covid virus, but the mutant strain has raised fears it could be immune to the drugs. Dr Nagpaul said early scientific advice said they should be effective, and that the priority now was to increase vaccination efforts.

He also stressed that measures to stop the spread of the coronavirus remained the same – these include maintaining social distance, using face masks and washing hands regularly.

Today the Indian government said the mutated strain had not, so far, been detected in the country.

However, Dr Soumya Swaminathan, chief scientist at the World Health Organisation (WHO), told NDTV Monday the strain may be present in several countries, without its authorities being aware.

Last week Union Health Minister Dr Harsh Vardhan urged people not to panic over the new UK strain, and said the situation is under control. “At this time, I would say, don’t get hassled with imaginary situations… The government is fully alert,” he said.

The Link Between Air Pollution and Irreversible Sight Loss

‘Covid reinfections are rare, but common for older adults’