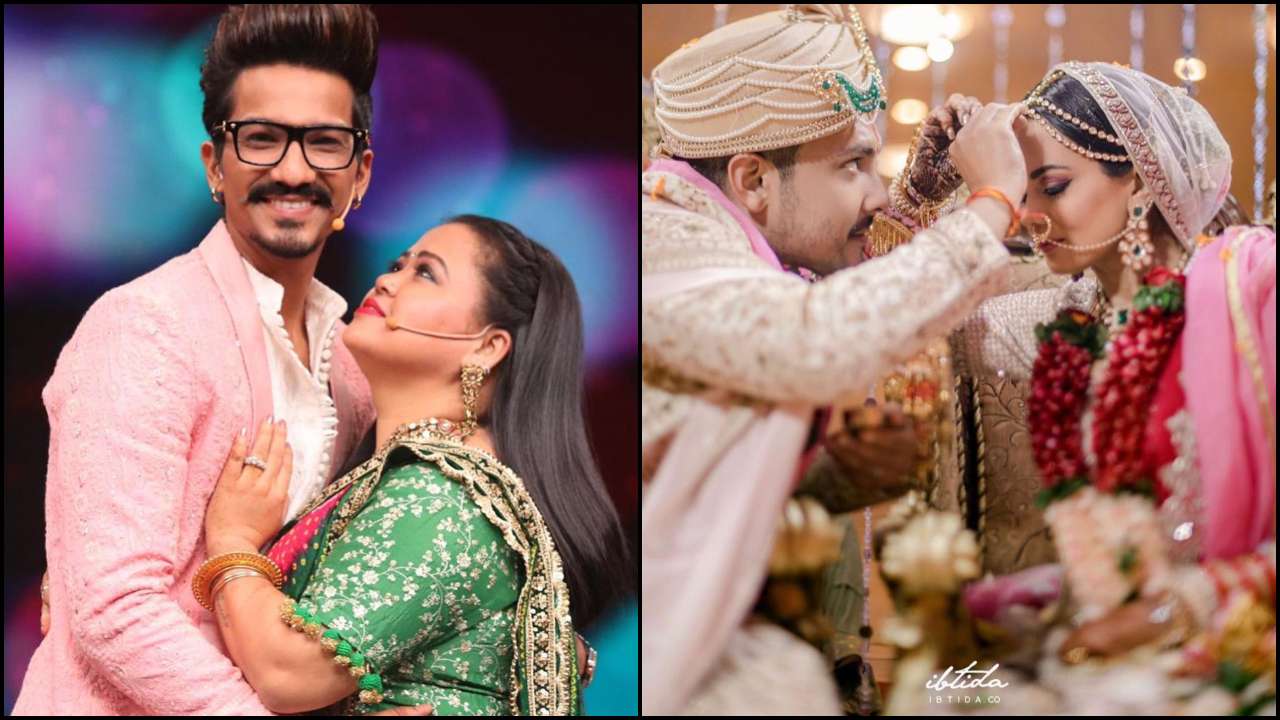 Aditya Narayan and Shweta Agarwal hosted their wedding reception on Wednesday in Mumbai. The function was attended by a few celebrities from the film and television industry. Interestingly, Bharti Singh and Haarsh Limbachiyaa were also a part of the event. The couple grabbed eyeballs at reception and even posed for selfies with the guests present there. Haarsh even congratulated the couple on his Instagram page with a photo from their wedding ceremony.

He wrote, “Congratulations my brother and bhabhi @adityanarayanofficial @itsme_shwetaagarwal. God bless you guys…”

Meanwhile, paparazzo Viral Bhayani posted a video on his Instagram page in which Bharti and Haarsh are seen enjoying the music and posing with fans for the photos.

The video was captioned as “#BhartiSingh and #harshlimbachyaa have stepped out today for #adityanarayan wedding reception. Fans are going crazy taking pictures with them. Interestingly, 3rd December when they got married, what coincidence.”

Interestingly, Bharti and Haarsh are celebrating their wedding anniversary on December 3 and have completed three years of their marital bliss.

For the uninitiated, Bharti and Haarsh were arrested in November concerning a drug case after they were caught possessing it. The couple even confirmed the consumption of ganja. However, they were granted bail after spending a day in jail.

Besides this, NCB has also urged the court to allow custodial interrogation of the couple by setting aside the lower court’s order.