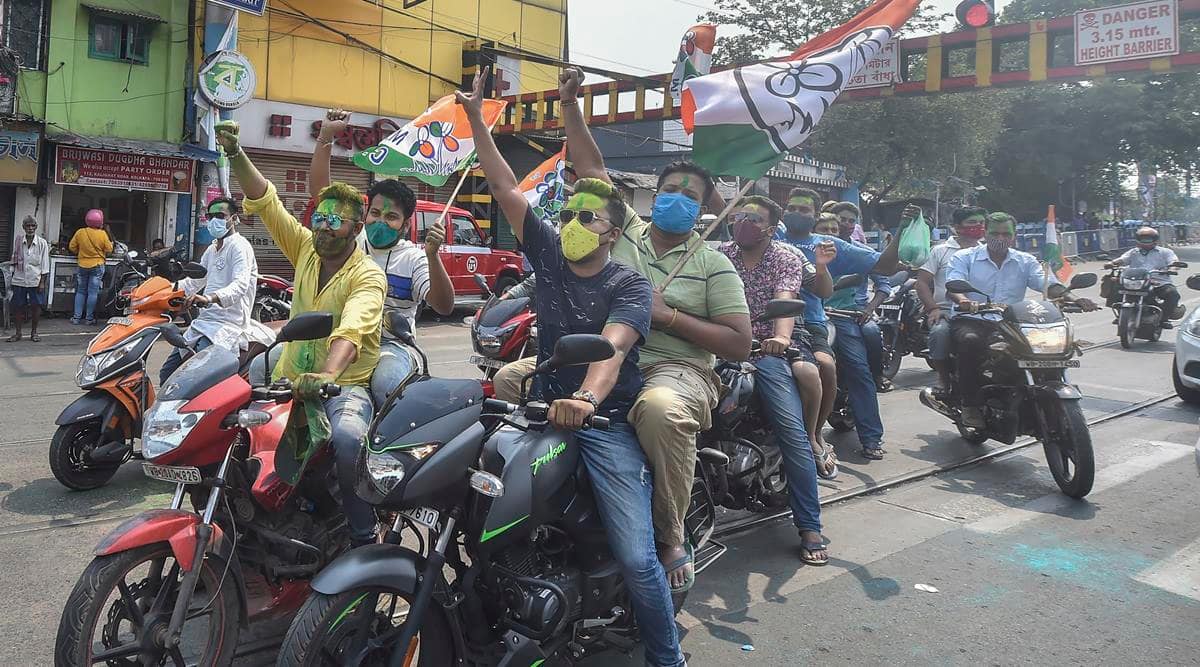 As different political parties accuse each other of indulging in post-poll violence in West Bengal, Prime Minister Narendra Modi Tuesday dialed Governor Jagdeep Dhankar and expressed “serious anguish and concern” over the “worrisome” law and order situation in the state.

Concerned must act in overdrive to restore order.

The result of the West Bengal Assembly election was declared on May 2, where Chief Minister Mamata Banerjee-led TMC won its third successive term by winning 213 seats. However, hours after the results were declared, political violence erupted across the state Monday, with at least eight people reportedly killed.

The BJP has claimed that six of its workers were among those killed, accusing the TMC of attacking and vandalising several of its offices, including one in Nandigram where the party’s candidate Suvendu Adhikari defeated Mamata. Adhikari’s car was also attacked in Nandigram, the party claimed.

The newly formed Indian Secular Front (ISF), which had aligned with the Congress-Left alliance, also claimed that one of its workers was killed in North 24 Parganas.

The TMC has rejected the allegation and claimed that one of its workers was killed in Burdwan.

The Ministry of Home Affairs has also asked the state government for a report on the “post-election violence targeting opposition political workers in the state”.

Meanwhile, the BJP has announced a nationwide dharna on May 5 against the alleged attacks. The proposed agitation is planned on the same day as Mamata Banerjee is expected to take oath again as the state’s chief minister. Party spokesperson and senior advocate Gaurav Bhatia also filed a petition in the Supreme Court, seeking a CBI probe into “rampant post-poll violence” in West Bengal.

The BJP chief also said he will visit the houses of those party workers who “lost their lives” in South 24 Parganas.

Banks to Remain Shut Today in These Cities; Check Full List of Bank Holidays in May 2021