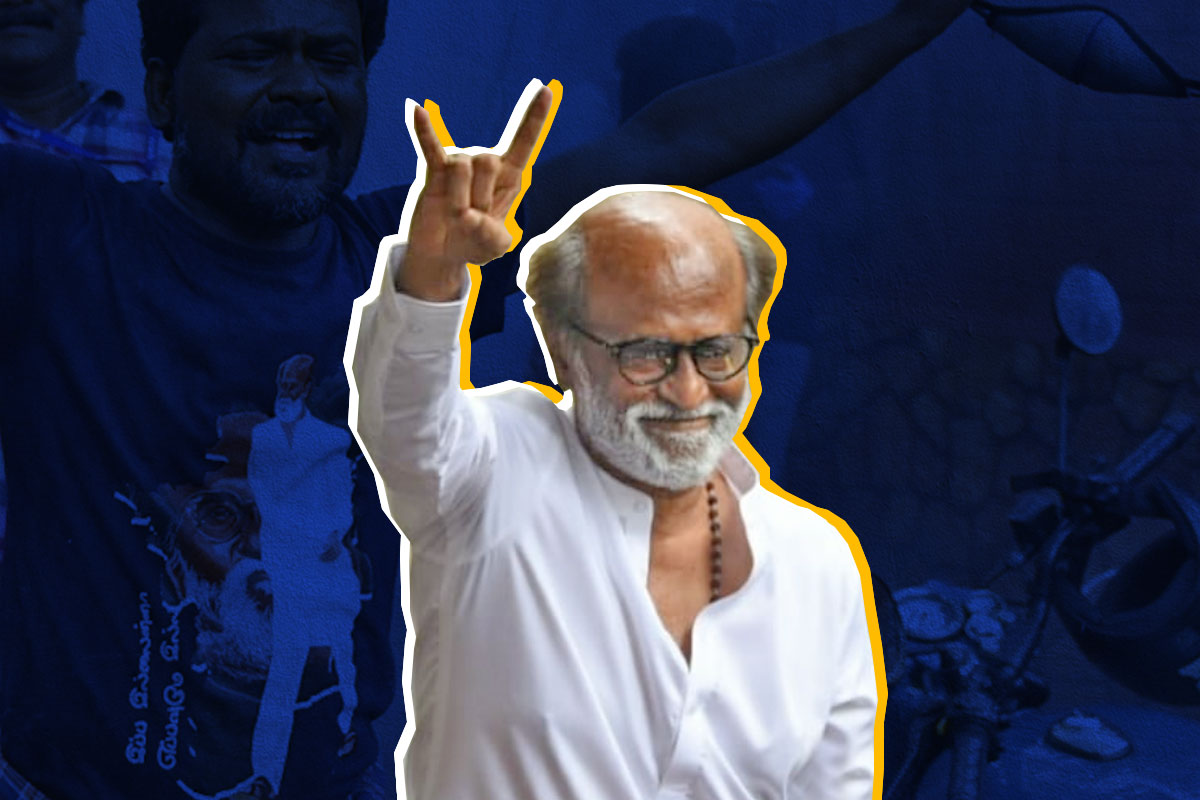 Rajinikanth has announced that he will launch his party in January and that he was set to ‘change the fate of Tamil Nadu’.

On Wednesday evening, as members of the Thanjavur Rajini Makkal Mandram gathered around their district secretary, surprising but welcome news was delivered to them. Sathyanarayana Rai Gaekwad, Rajinikanth’s elder brother had telephoned and informed district leaders that the actor was finally set to make an announcement on his political party on Thursday.

“Rajinikanth always chooses Thursdays to deliver good news because he considers it an auspicious day. However, we weren’t sure what to make of this message from Chennai,” admits an RMM member, on the condition of anonymity. “We had almost given up hope of his political entry. There was a lack of clarity on his next steps at the meeting on Monday and we had braced ourselves for the worst,” he adds.

But this confusion and doubt was soon dismissed for fans and supporters across the state, as Rajinikanth announced that he will launch his party in January and that he was set to ‘change the fate of Tamil Nadu’. In a rousing speech, he announced that the time for change was ‘now’.

Why did Rajinikanth finally take the plunge?

In December 2017, the actor had made a dramatic and shocking statement at the Raghavendra Kalyana Mandapam in Chennai. For years he had been hinting at a political entry in his films and speeches, but for the first time he made a solid assurance to his fans that he was indeed ready to take the plunge.

“My entry into politics is certain. This is the compulsion of the times. In the upcoming state Assembly polls, I will start my own political party, and contest in all the 234 constituencies in Tamil Nadu,” he stated without hesitation. He announced that if he didn’t act immediately, he would be letting down the millions of Tamil people who had helped him become a ‘Superstar’.

“At this point, if I don’t take decisive action, the guilt that I did not even attempt to do something good in a democratic manner for the people who have given me life, will haunt me till my death,” he said. And this promise itself, according to sources close to the actor, was the prime motivation for his decision.

“The grand speech he had given was the main reason for his decision to finally take a decisive stand. He had spoken about gratitude and if he didn’t stick to his statement, he would be letting down everyone who supported him,” he explains.

But even the actor’s confidantes were taken back by the timing of this decision. In March this year, the actor had expressed doubt over his political entry and made it clear that he was unwilling to contest as a Chief Ministerial candidate.

An RMM functionary who works closely with the actor tells TNM that even a day ago, Gandhi Makkal Iyakkam leader Tamilaruvi Manian (who has now been appointed supervisor of the party), had informed the team that no big announcement will be made this week.

“Even though we knew Rajinikanth was meeting the media, we had no idea that it would be such a big announcement,” he tells TNM. The reason for this however, according to BJP sources, is a possible meeting that Rajinikanth held in Chennai with a national BJP leader who specifically handles Tamil Nadu.

“It was an unofficial meeting and helped cement the actor’s confidence in regards to taking the plunge,” says a source from the BJP.

During his speech in 2017, Rajinikanth had specifically said that he missed the presence of journalist and actor Cho Ramasamy. He had noted that he would have had more confidence and support, if the former Tughlaq editor had been by his side.

“The fact that he now has strong advisors with him is another reason for the announcement,” says a source close to him. “He is able to consult Tughlaq editor Gurumoorthy and Tamilaruvi Manian regarding his next political steps. He believes he has the right people around him now,” he adds.

And the final reason, according to the source, is that Rajinikanth himself was ‘serious’ about taking the political plunge this time around. He positioned his party as an alternative to the Dravidian front that had alternately ruled the state.

“There was a lot of expectation on his political party and there is a sizeable population that wants an alternative to the Dravidian parties. We have seen the situation in 1989 and in 2016. In 2016, with Vijayakanth at the helm, the front got 10% vote. If Rajinikanth leads a front, they can get much more,” says the source close to the actor.

This prediction however comes with a caveat. “This is possible only if Rajinikanth is projected as Chief Minister face,” says the source. “What he said earlier about not wanting to be Chief Minister needs to be reexamined.”

From restrictions in Pune to lockdown in MP districts, how states are fighting the spike in Covid-19 cases