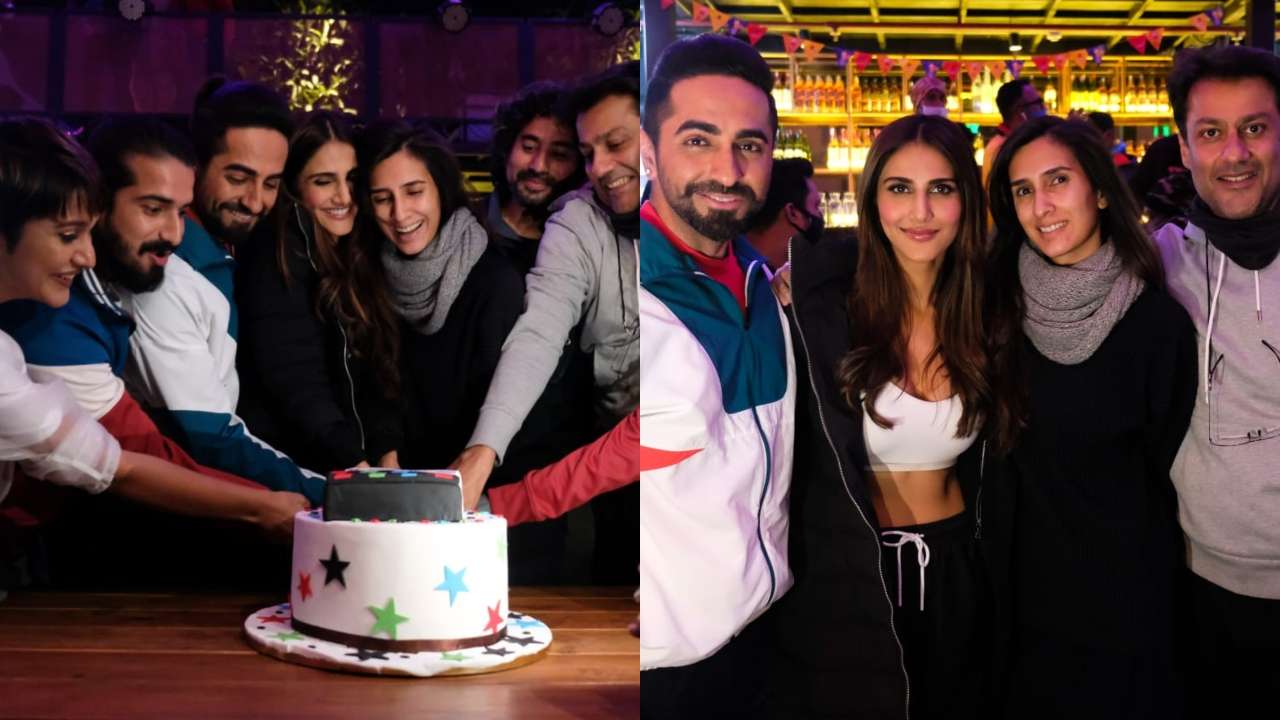 Vaani shared a photo of the wrap-up cake, which had a clapperboard as the icing. The clapperboard read as – ‘Scene no – It’s, Shot – A, Take – WRAP!’ The cake was filled with stars as confettis. Vaani shared the picture and wrote, “Yes, we did it.” She posted it along with a red heart emoji.

Film critic and trade analyst Taran Adarsh took to Twitter to share the update about the film along with the pictures from the shoot wrap celebration.

Khurrana, Vaani Kapoor, Abhishek Kapoor, and the rest of the team celebrated the shoot wrap through cake cutting ceremony at a local Chandigarh based club.

“Filmed in #Chandigarh in a start-to-finish 48-day schedule… Directed by #AbhishekKapoor… Produced by #BhushanKumar and #PragyaKapoor,” the tweet further read.

Khurrana will be seen portraying the role of a cross-functional athlete in the film. Produced by Bhushan Kumar and Pragya Kapoor, the film sees Khurrana opposite ‘Befikre’ actor Vaani Kapoor for the first time.

Ayushmann had previously spilled the name of the film through his Instagram post. The 36-year-old actor wrote, “Next stop: My hometown Chandigarh for the first time. Excited to be a part of Abhishek Kapoor`s delightful progressive love story #ChandigarhKareAashiqui.”

“NH10 was our attempt to break-away from stereotyped cinema,” says Anushka Sharma on six years of film