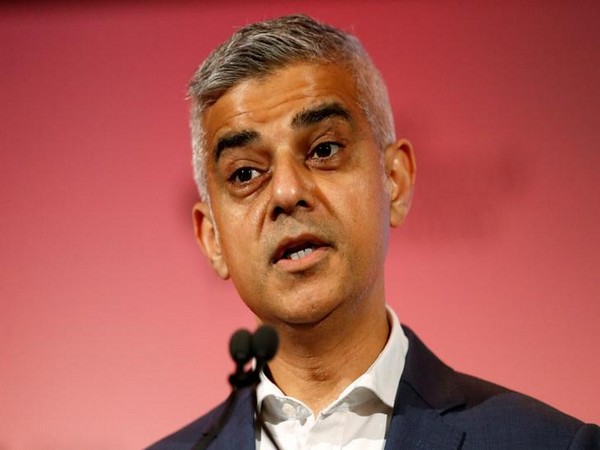 London Mayor Sadiq Khan on Friday declared a ‘major incident’ here due to an ‘out of control’ surge of Covid-19 cases in hospitals in wake of the rapid spread of the virus, and said that it has left the National Health Service (NHS) on the verge of being overwhelmed.

London Mayor Sadiq Khan on Friday declared a ‘major incident’ here due to an ‘out of control’ surge of Covid-19 cases in hospitals in wake of the rapid spread of the virus, and said that it has left the National Health Service (NHS) on the verge of being overwhelmed.

According to a press release, Khan took the decision as the formal Chair of the London Resilience Forum following discussions with leaders from NHS London, local authorities, Public Health England and the emergency services in the capital.

“We are declaring a major incident because the threat this virus poses to our city is at crisis point. If we do not take immediate action now, our NHS could be overwhelmed and more people will die. Londoners continue to make huge sacrifices and I am today imploring them to please stay at home unless it is absolutely necessary for you to leave. Stay at home to protect yourself, your family, friends and other Londoners and to protect our NHS,” he said.

A major incident is defined as being “beyond the scope of business-as-usual operations, and is likely to involve serious harm, damage, disruption or risk to human life or welfare, essential services, the environment or national security”.

In addition, “the severity of the consequences associated with a major incident are likely to constrain or complicate the ability of responders to resource and manage the incident.”

He further said that the Covid-19 situation was critical as the spread of virus was ‘out of control’, adding that over a third of more patients were being treated in our hospitals currently as compared to the peak of the pandemic last April.

“Our heroic doctors, nurses and NHS staff are doing an amazing job, but with cases rising so rapidly, our hospitals are at risk of being overwhelmed. The stark reality is that we will run out of beds for patients in the next couple of weeks unless the spread of the virus slows down drastically,” he said.

Meanwhile, Georgia Gould, Chair of London Councils informed that 1 in 30 Londoners was infected with the virus.

“Cases are rising at a dangerous rate in London, putting extreme pressure on the NHS. One in 30 Londoners now has Covid. This is why public services across London are urging all Londoners to please stay at home except for absolutely essential shopping and exercise,” she said.

According to the press release, the number of Covid-19 cases in London has exceeded 1,000 per 100,000, putting immense pressure on an already stretched NHS.

The 7,034 people currently admitted in hospitals with Covid-19 represent a 35 per cent increase compared to the peak of the pandemic in April. There are currently around 830 admissions to London hospital trusts per day – up from around 500 before Christmas – which could rise further over the next two weeks.

Citing the increasing spread of the virus, Mayor Khan re-established a Strategic Coordinating Group in September. He has now taken this further step as the increased pressures on responders, combined with the impact of increasing numbers of their staff being ill or having to self-isolate, means that the existing coordination arrangements need to be further stepped-up, according to the release.

He has also written to Prime Minister Boris Johnson with requests from City Hall and London Councils leaders for greater financial support for people of Londoners who need to self-isolate and are not able to work, daily vaccination data, the closure of places of worship and for face masks to be worn routinely outside of the home, supermarket queues and other crowded places.

The UK is currently under nationwide lockdown, which came into force on January 6 as a more transmissible variant of Covid-19 fuelled a surge in infections and hospitalisations in the country.

According to the latest update by Johns Hopkins University, the UK’s overall caseload stands at 2,966,203, along with 79,959 deaths.

( With inputs from ANI )

Disclaimer: This post has been auto-published from an agency feed without any modifications to the text and has not been reviewed by an editor