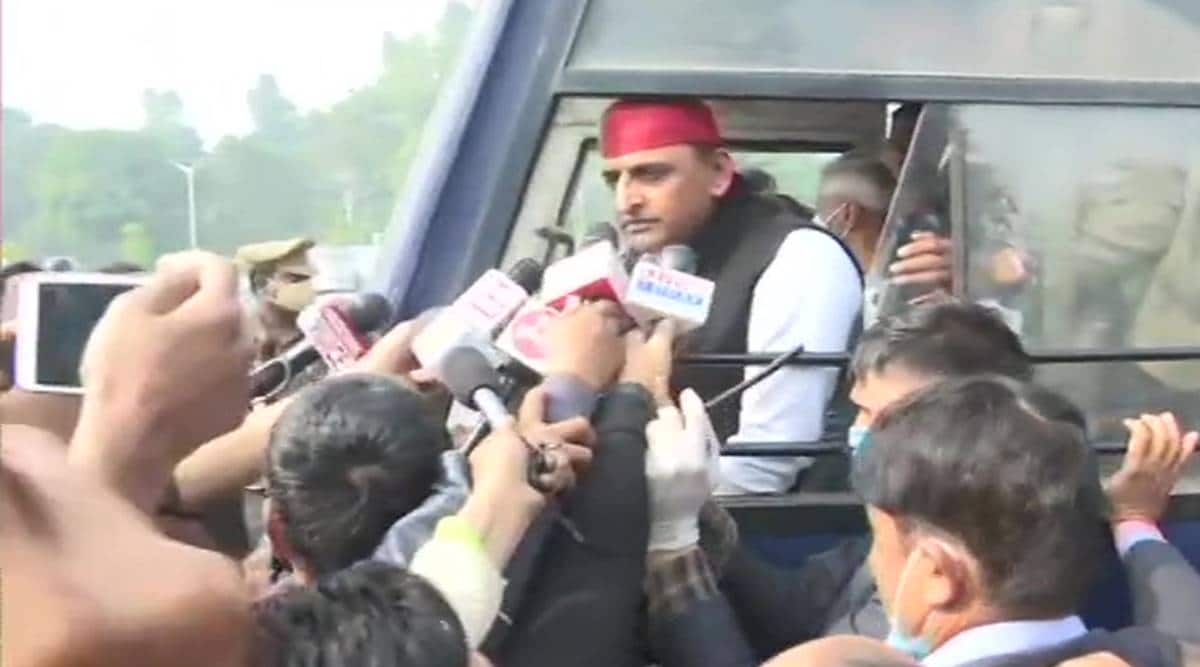 Former Uttar Pradesh Chief Minister and Samajwadi Party chief Akhilesh Yadav on Monday was detained and bundled into a police van after he sat on a dharna against the three new farm bills. Yadav, who was to take part in a ‘Kissan Yatra’ Monday, staged a sit-in protest outside his residence in Lucknow after the Uttar Pradesh Police sealed a road near the Samajwadi Party office ahead of his Kannauj rally, news agency PTI reported. He was detained for violating section 144 of the CrPC which prevents assembly of five or more people at one spot.

Akhilesh Yadav, along with a bunch of supporters, broke through police barricades placed near his residence on Lucknow’s Vikramaditya Marg and sat on dharna to express solidarity with farmers protesting farm bills. “If the new farm laws are intended to help the farmers, then why are they on the warpath? Why is the government so adamant? If farmers don’t want the new laws, the government should take these back,” he told reporters at the protest site.

Yadav was to take part in a 13-kilometer long “Kisaan Yatra” in support of the protesting farmers demanding the repeal of the new farm laws introduced by the BJP government at the Centre.

SP national spokesperson Rajendra Chaudhary said sealing of the road leading to the party office is “undemocratic.” “The government is feeling afraid that Akhilesh Yadav is going to participate in the ‘Kisan Yatra’. Peaceful demonstration is the democratic right of every individual, and the government is adamant on violating it,” he said. 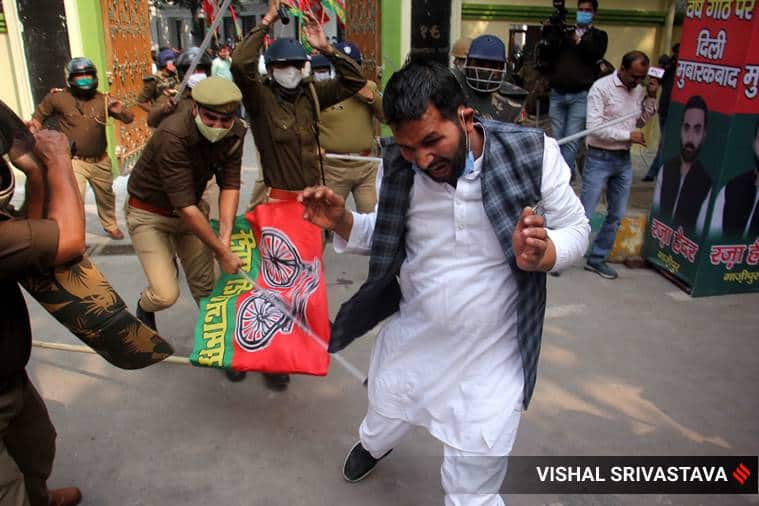 The police, meanwhile, said that the Kannauj district magistrate had denied permission for the rally. “Samajwadi Party (SP) chief Akhilesh Yadav was to go to Kannauj for a programme, but the Kannauj district magistrate did not give permission for it. Hence, the portion of the Vikramaditya Marg leading to the SP office has been sealed,” Station House Officer (SHO), Gautampalli, Chandrashekhar Singh said.

Soon after his detention, Yadav  wrote to the Lok Sabha Speaker complaining that he was being stopped from going to the programme (in Kannauj) “at the behest of the UP government” . 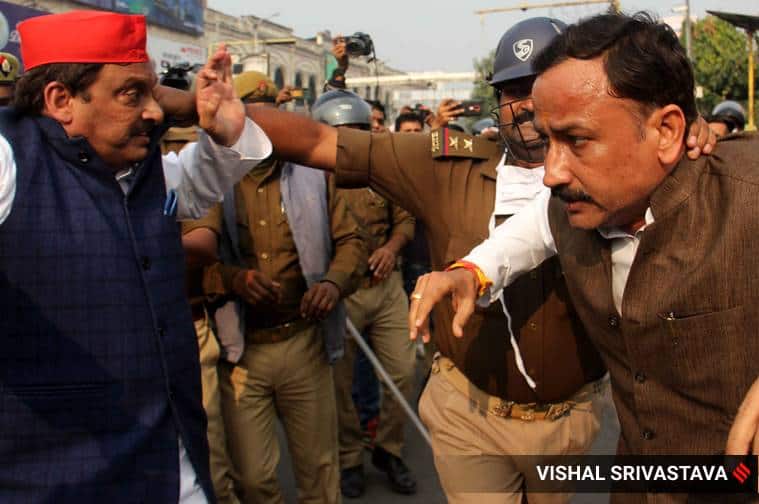 “I am a Lok Sabha MP and national president of the Samajwadi Party. Along with this, I have discharged the constitutional responsibility of an ex-chief minister. To extend support to farmers, my programme was to be held in Kannauj on December 7, and it was declared earlier,” he said.

“On the directions of the Uttar Pradesh government, I was stopped from going to the programme. A heavy police force was deployed at my residence on the Vikramaditya Marg. The police took my vehicles in its custody. This undemocratic behaviour is a violation of my rights. This amounts to breach of privileges of an MP,” Yadav said. He urged the Lok Sabha speaker to “immediately intervene” so that his rights to carry out democratic activities can be restored.

On Sunday, the SP had said that it will organise farmer rallies in all districts of Uttar Pradesh from December 7, beginning with Kannauj. The SP is among the several political parties, including the Congress and the Aam Aadmi Party, that are supporting the nationwide strike called by farmers. 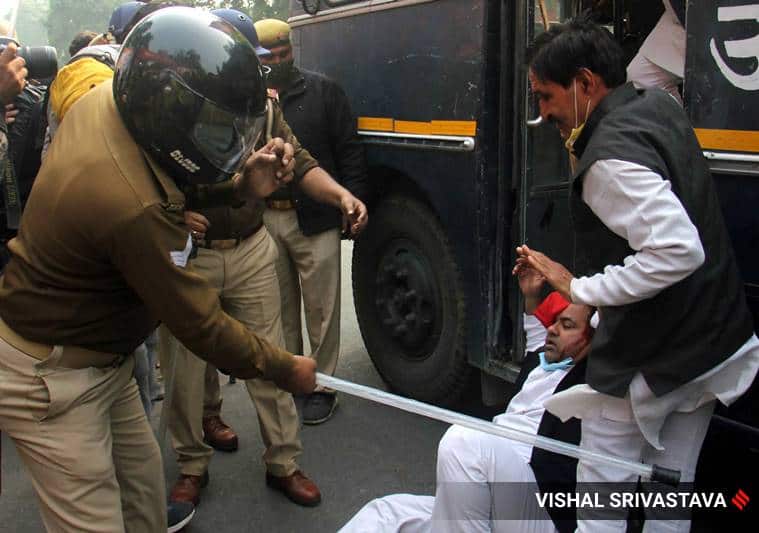 A statement issued by the SP on Sunday said that the march will begin from Thathiya mandi and will end at Tirwa farmers market in the district. “It is important to note that when Samajwadi Party was in power in UP, it had set up a potato mandi at Thathiya which was scrapped by the present BJP government… The SP supports the farmers in their struggle and it will amplify their demands with all its might,” a statement issued by the party said, adding that the party backs farmers’ Bharat Bandh on Tuesday.

Speaking to reporters, Akhilesh said farmers have suffered the most under the BJP government. “The BJP is selling mandis and the farmers are not getting the MSP (minimum support prices) for their crops. The prices of pesticides and fertilizers have gone up. Farmers were given false promises. The protesting farmers have been met with no sympathy. The BJP had promised to double the farmers’ income by 2022, but that is not happening,” he added.