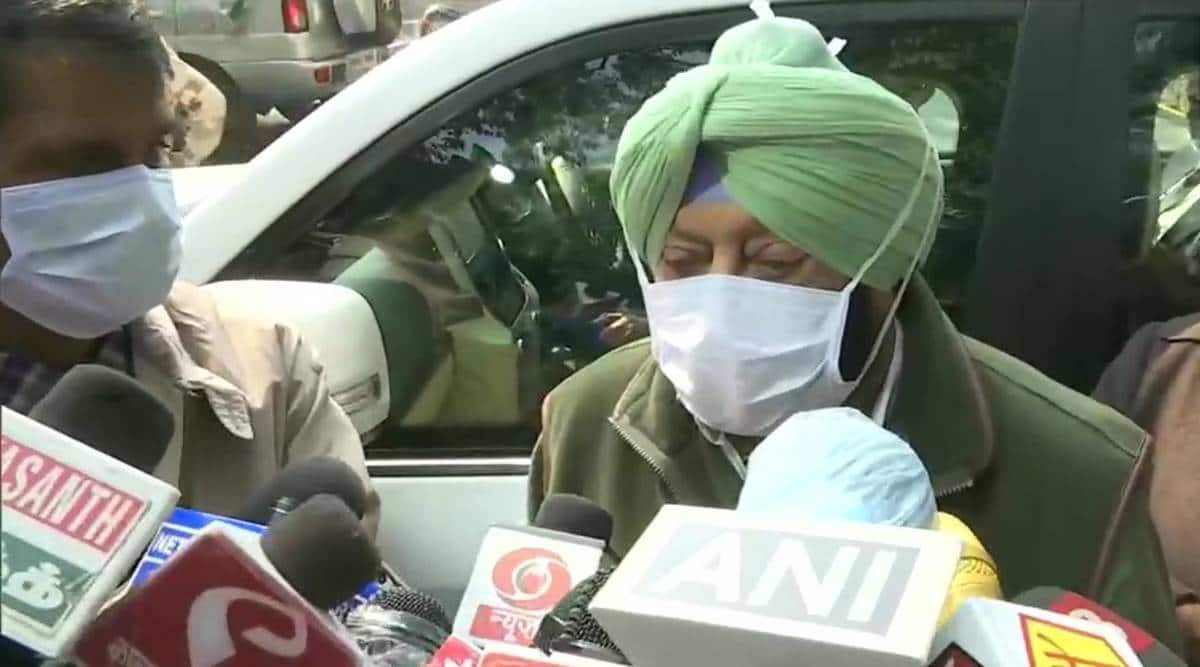 Even as Union Agriculture Minister Narendra Singh Tomar and farmer union representatives hold a fresh round of talks, Punjab Chief Minister Amarinder Singh on Thursday met Union Home Minister Amit Shah at the latter’s residence and urged the Centre to to rethink its stand on the contentious farm laws.

“Discussion is going on between farmers and Centre, there’s nothing for me to resolve. I reiterated my opposition in my meeting with Home Minister & requested him to resolve the issue as it affects the economy of my state & security of the nation,” Amarinder Singh said following the meeting.

During a brief interaction with the media after his meeting, Amarinder Singh clarified that neither him nor his government was involved in mediation in any way and the imbroglio had to be resolved between the Centre and the farmers.

Stressing on the need to protect MSP and continue with the APMC-based mandi system, the Chief Minister urged Shah to “listen to the farmers with an open mind to resolve the standoff quickly so that farmers from Punjab and other states, including a large number of women, can return to their homes”.

The fear relating to the weakening of APMC mandis and MSP regime are among the main factors behind the ongoing protests, as part of which thousands of farmers, primarily from Punjab and Haryana, have gathered at the capital’s borders and been agitating for the past seven days.

Meanwhile, a fresh round of talks between the agitating farmer leaders and the government is underway at Vigyan Bhawan, with the farmers steadfast on their demand for scrapping the three laws, and hardwiring the MSP (Maximum Support Price) into the law itself.

Last month, the Punjab Assembly unanimously passed four Bills to negate the Centre’s three contentious farm laws. The legislations were backed by the Opposition parties, including SAD, AAP and MLAs of Lok Insaaf Party even though BJP did not take part in the proceedings. The Bills seek to amend the Farmers Produce Facilitation Act, the Farmers Agreement and Farm Services Act, the Essential Commodities Act, and the Civil Procedure Code.

The Bills are yet to get the assent of the Governor. Singh had earlier indicated he would legal recourse should the Governor not grant approval to the Bills and send them to the President.

The Indian Express spoke to several Punjab Congress leaders who said they were worried a protracted standoff could impact law and order in the state, especially given its restive history. Moreover, they said, a farmer movement could throw up new leaders and the agitation could quickly go “out of hand”.