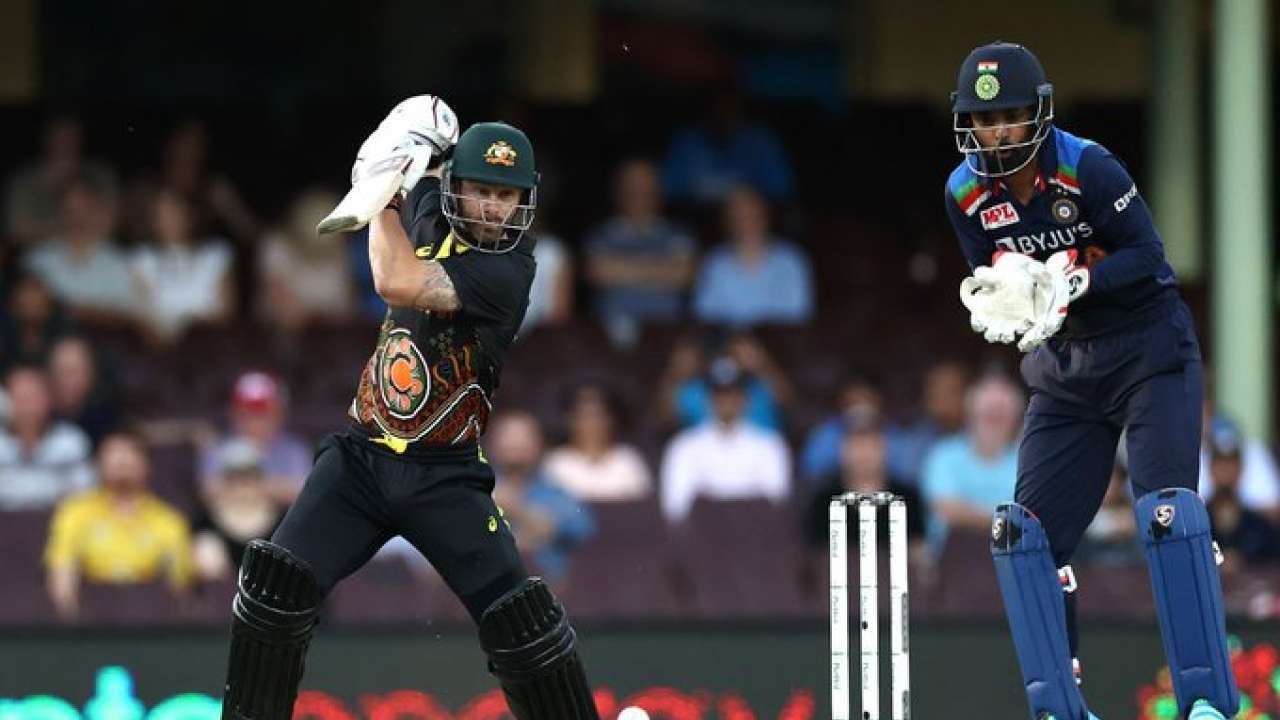 Matthew Wade was appointed the Australian cricket team captain after Aaron Finch picked up an injury in the Canberra Twenty20 International. Wade led from the front and smashed a 25-ball fifty. Steve Smith chipped in with a brilliant cameo off 46 as Yuzvendra Chahal equaled the record of most wickets by an Indian bowler in Twenty20 Internationals as Australia finished on 194/5 in the second Twenty20 International at the Sydney Cricket Ground on Sunday. India are currently leading the series 1-0 after winning the first match by 11 runs.

The architect of the win in Canberra was Yuzvendra Chahal but that came in controversial circumstances. His three wickets had set-up the victory but in Sydney, he was carted all over the  ground as he finished with an economy rate of 12.75. However, his spell ended on a high note as he finished with the wicket of Steve Smith to reach 59 wickets and equal the record of most T20I wickets with Jasprit Bumrah.

India chose to bowl and there were  changes aplenty for both the sides. Jasprit Bumrah was not picked again while Mohammed Shami was handed a rest. Manish Pandey had pain on his elbow and he was not picked in the side. For Australia, they lost their regular limited-overs skipper Aaron Finch and Matthew Wade was appointed as the captain of the Australia team.

The other changes in the Australian team apart from Finch was the absence of Josh Hazlewood and Mitchell Starc. Starc was out of the T20I squad due to a family emergency while Hazlewood was rested. Daniel Sams, Marcus Stoinis and Andrew Tye were in the squad, with Sams making his debut in T20Is for Australia. Stoinis recovered from a side strain that he sustained in the Sydney ODIs and that will be a big boost for Australia.

For India, Yuzvendra Chahal replaced Jadeja after he was included in the Canberra game as a concussion substitute. Shardul Thakur replaced Mohammed Shami while Shreyas Iyer came in for Manish Pandey.

Matthew Wade was like an express train out of control as he got going with three boundaries in the first over bowled by Deepak Chahar. After smashing a six off Washington Sundar and Shardul Thakur, Wade upped the ante by smashing two fours off Sundar. The cheap dismissal of D’Arcy Short did not stop Wade as he pummeled three fours of Thakur, with the Aussie skipper getting a life when Hardik Pandya dropped a catch. Wade reached his second fifty as captain and it came off just 25 balls as Australia looked set for a big score.

However, the Aussie skipper was run-out in a comical way as he was dropped by Virat Kohli but he was stranded with Smith and KL Rahul effected the dismissal. Glenn Maxwell blasted a couple of sixes off Chahal whie Smith smashed two fours off Thakur. However, the bowler struck back when he removed Maxwell for 22.

Chahal’s day got worse as he was hit for a six by Smith and Moises Henriques. T Natarajan continued his great work and conceded just 20 runs in his four overs with the wicket of Henriques. However, Marcus Stoinis hit a six off the second-last ball as Australia ended on a high.

On this day: Yuvraj Singh’s match-winning ton in 2011 CWC after overcoming illness