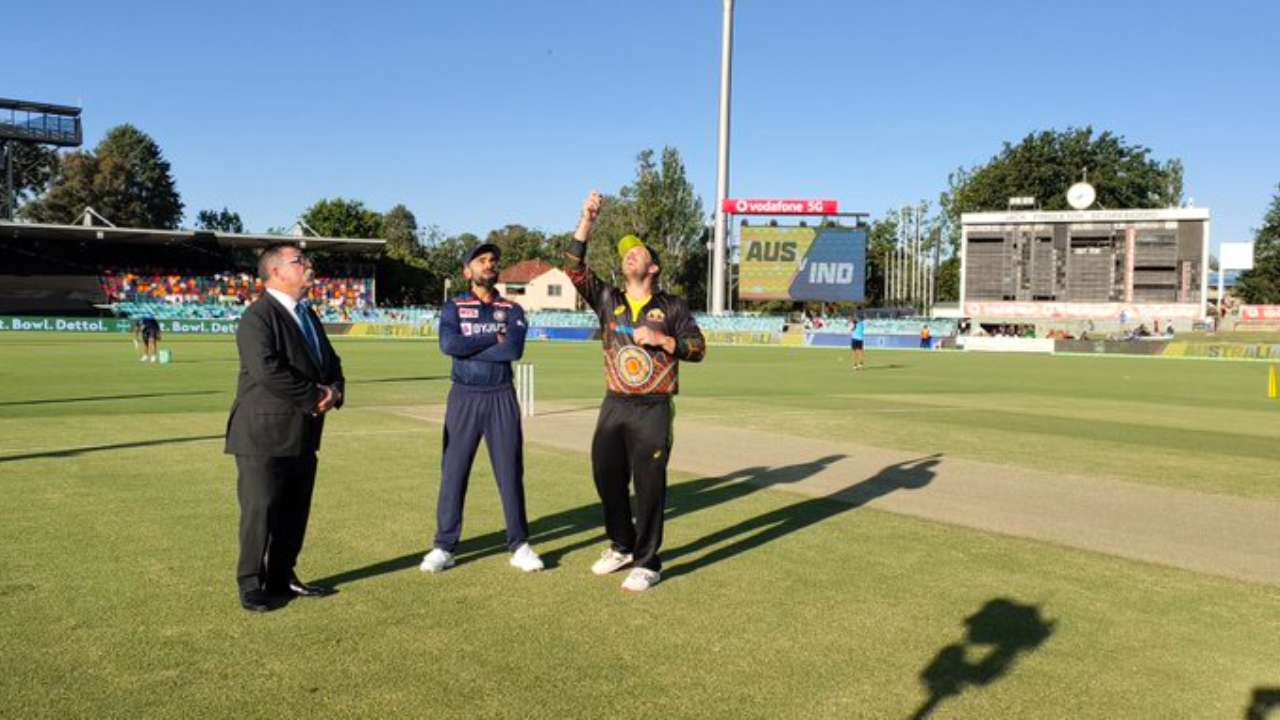 Australia have won the toss and chosen to bat in the first Twenty20 International against India at the Manuka Oval in Canberra. Virat Kohli’s Indian cricket team handed Australia their first-ever loss at the venue when they won the final ODI by 13 runs and they will be gunning to continue their good run against Australia in the Twenty20 format. Virat Kohli handed a debut to T Natarajan in T20Is, with the Sunrisers Hyderabad and Tamil Nadu pacer making his T20I debut at the same venue and getting the big wicket of Marnus Labuschagne in the third ODI. India omitted Shreyas Iyer and Yuzvendra Chahal while Jasprit Bumrah was also rested.

Just like how India sported the retro jersey in the ODIs, this time Australia will also sport a new jersey. The new jersey will pay tribute to the indigenous contributions of the people of Australia and they will also pay respect to the indigenous community in the country. Australia have included Matthew Wade to bat at No.3 while D’Arcy Short will open the batting along with Aaron Finch as David Warner was ruled out of the series.

Virat Kohli, speaking at the toss, said T Natarajan looked composed on his ODI debut. “Great chance to have a look at a few guys. Have managed workloads of the bowlers nicely so far. We’ve been playing good T20 cricket, we just have to continue that. Natarajan is making his debut today. Looked composed in the third ODI. There was a reason I went to him,” Kohli said.

Finch, on the other hand, praised the design of the new outfit. “Been quite a big buildup anyway. Was expected to be at this time. Not much changes. Short opens the batting, Wade at three. Phenomenal design, grateful to be able to wear it (the indigenous kit).”